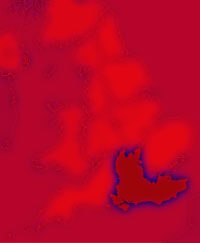 I include Buckinghamshire, Oxfordshire and Berkshire in the Northern part of South East England. Buckinghamshire has some very interesting punting areas where there is a broad choice of British and European escorts to be found. Milton Keynes has some very interesting flats such as Annabella’s Escorts where there are often as many as ten escorts scheduled to be working every day. Competition abounds with the Milton Keynes Escorts for more in-call appointments.

The South East escorts premier university of Oxford is rather a dismal place for working flats. There are many escorts working on the internet, but very few escorts who work from shared accommodation.

Now we are down to Berkshire. This South East Escort area has the cities of Reading, Slough and Maidenhead. All large cities with large immigrant populations of East European and Romanian escorts. The highlight of this region is the agency elite courtesans who have beautiful upmarket escorts from the West of England through to Berkshire and Heathrow.

The Southern and Eastern Counties

The counties of Hampshire, Surrey, West Sussex, East Sussex, Kent and the Isle of White are the remaining counties where South East Escorts work. There is still a large distance to travel from the West of Hampshire to the East of Kent.

Sussex with the seaside resort of Brighton, and the airport of Gatwick both have many quality escorts. The Gatwick hotel airports are supplied with a plentiful supply of delightful South East and London companions plying their trade. Many escort agencies specialise in supplying staff to the airport hotels. Brighton supports a different type of escort. The city has always been a libertarian conurbation with a large LGBT community. This community continues to thrive. Mixed in with the Brighton LGBT scene there are many South East escorts providing an outcall service or working from apartments throughout the city.

Surrey is in easy travel of London, so not only are there indigenous Surrey escorts, but there is easy access to Central London escorts. The journey time to central London from most of Surrey is short.

Finally, the South East region of Kent, in the past know for its hop growing is now the entry to the UK with its ferry and tunnel service to France. If you are looking for and agency escort then Katies Kent Escorts is worth calling for an intimate booking.